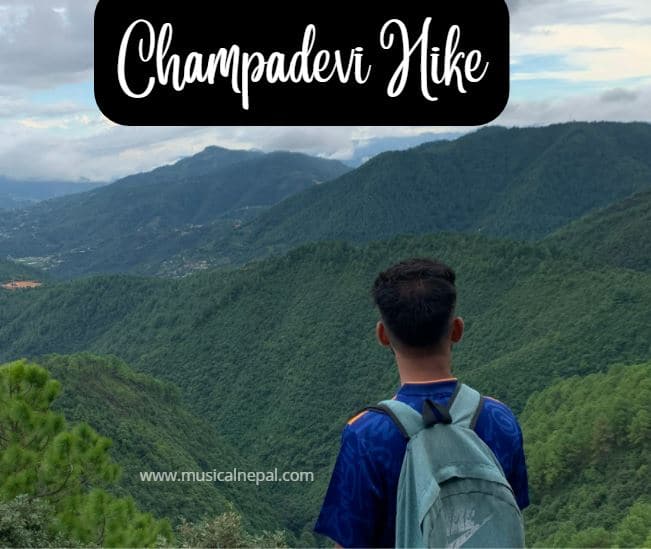 Nepal’s spectacular hills and mountains make this country a magical destination for all nature admirers. With an altitude of 2,278 meters, Champadevi Hike is a great fit for hike lovers of all kinds all year long. It offers breathtaking views of popular mountains Ganesh Himal, Gaurishankar, Annapurna, Mount Everest, Langtang, etc., including Ganesh Himal which is also a popular place for Buddhists and Hindus alike where they celebrate the festival on the full moon day during Baishakh (lunar calendar).

I found Champadevi Hiking to be one of the most amazing hikes I have been to. I have a dream to go on a long trek like Annapurna Base Camp Trek or Everest but I was happy with Champadevi Hike. I loved it from the very first step to the very last. Having been frustrated and tired from my regular job, routine, bustle of the city, irritating sounds, pollution, I wanted to experience the fresh air where I could find myself and no one else. I felt like I was alone, even though I was with my four other colleagues from the same office where I work. The only thing I found was peace, serenity, mountains, positivity, and only me.

We weren’t planning for a hike, but I just wanted to go somewhere where I could find nature, so my colleague suggested Champadevi, and we all agreed to go. Rajin and Prashant were both locals of Kathmandu Valley, unlike Kiran and I, who lived in the same hostel. They arrived at Balkhu (near TU) 40 minutes before us. Having eaten a light breakfast in the morning, we headed toward our friends who were waiting for us. Despite being familiar with Kathmandu, we still got lost, but eventually met our friends in Balkhu. After a quick hello, we hurried to our destination.

12 o’clock had already passed. It was already late and everyone was calm. Prashant and Rain were on scooters, Kiran and I were on the same bike. As soon as we reached Kritipur, Prashant parked his scooter at a friend’s home and went on a bike of Rajin’s. Once the bike is parked, we proceed to our destination. After reaching this we bought some snacks, fruits, and water to eat on the way.

We already knew that there’s no shops on the way till Champadevi. We bought everything necessary and rode towards the Hattiban Resort where we planned to park our bikes. From the Resort, We’ve to walk all the way to Champadevi which takes around 3-4 hours with full of ups and downs.

We have finally begun our walking journey. We’re happy and excited at the same time. Despite the fact that Rajin, Prashant, and I had great stamina and could walk easily, we were all worried about our friend Kiran. Kiran has trouble walking uphill and up stairs. Seeing us, he was surprised and wondered how we are able to walk so easily. During the walk, we encountered many interesting people. About a half hour after we started walking, we came upon a small store and stopped to rest. A small group of people were already there, enjoying snacks and chatting with the old lady in the shop. We bought some Litchi Juice and we relaxed.

Prashant asked Rajin to play the flute since he had some flutes with him. Rajin obliged. The music was soothing and complemented by the picturesque scene. It was just soothing music, nature, and two stranger groups having a good time. We ended up having a small conversation there. We introduced each other. They were from a travel agency and we were from the Digital Marketing field. After a 10-15 minute rest, we continue our walk.

We weren’t very far from our destination. However, Kiran was still having trouble ascending.. We kept motivating him. Finally after 3 and half hours, we made it to the Champadevi Temple. We all took a long breath, explored the surroundings and decided to rest there and enjoy the beauty and positive vibe of the temple. Before we arrived, there were already three or four groups enjoying themselves, dancing and singing. Two foreigners (from Spain) were among them. We’re a bit tired and hungry.

We started having snacks and we requested Rajin to play beautiful flute music and he agreed. We listened to 3-4 pieces of music, shoot a video as well. After snacks, we took photos and visited the Temple. We wanted to go to Bhasmasur but looking at Kiran, It was impossible for him to reach there. We decided not to visit Bhasmasur that day. After 1 hours of rest at Champadevi Hill, we planned to return back.

It was an amazing experience. With its amazing sound, our Bluetooth speaker accompanied us throughout the journey. On that day, we were thankful we had fun and had a good time together. We had an easy time going downhill. It took us less than 2.5 hours to reach the resort. We rested for about 30 minutes. As it was getting dark, We decided to return to our room. We stopped for a cup of black tea on the way. We said our goodbyes at the tea shop and headed home. 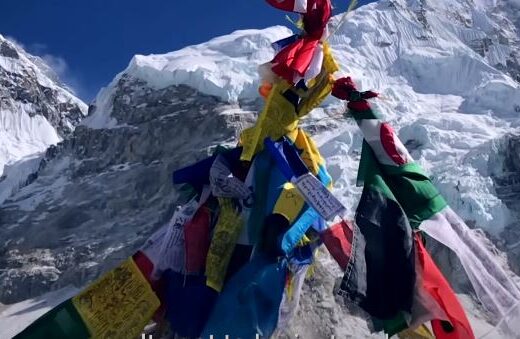 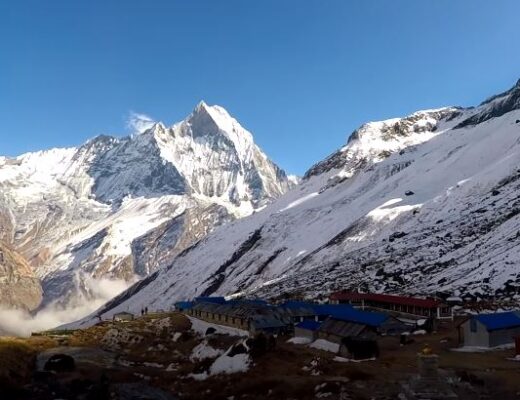