Who doesn’t love to witness the world’s highest mountain? Everyone does. Probably the most thrilling and famous trekking destination in the world, Everest Base Camp Trek will give you the opportunity to step on the foot of the highest mountain in the world. The trek is an excellent combination of beautiful mountain views and Buddhist culture in the bewitching valley of Khumbu. During this trek, you’ll get a chance to visit the world heritage site Sagarmatha National Park and with a hike to Kala Pattar at 5,545m /18187ft), you will see the majestic view of Mount Everest surrounded by adjoining mountains such as Lhotse, Nuptse, Makalu, Pumori, Amadablam, etc.

EBC Trek begins from Lukla with 35 minutes thrilling airstrip from Kathmandu. The airport of Lukla is named after Everest legend Tenzing & Hillary, first to conquer Everest on May 29th, 1953 AD. After arriving at Lukla, you’ll get fresh air and different vibes. Then your walking journey starts. You’ll go through an amazing forest full of rhododendron and pine forest, Dudh Koshi River, Sagarmatha National Park, Tengboche Monastery, Everest Base Camp, and the way up to 5,545m, Kala Patthar.

During your trip, you’ll get to discover many beautiful places, rich wildlife, gigantic mountains, and sublime sunrise over snow-clad mountains, historical monasteries, and friendly Sherpa peoples. Communicating with Sherpa people, especially children’s will give you the best feeling ever in this trek. You need to have prior trekking experience to attempt this trek. People with great physical and mental fitness can attempt this trek. If you’re a beginner and have problems with high altitude, you can try another trek called Everest View Trek where you won’t be going to high altitudes and get to explore Everest along with other mountains.

Day 2: Fly from Kathmandu to Lukla(2800m) then trek to Phakding

Day 4: Acclimatization and walk to Kunde and Khumjung; descend to Kyanjuma.

Day 6: Continue up the Khumbu Valley and trek to Dingboche.

Day 7 Spend the day at Dingboche for acclimatization.

Day 11: Retrace our steps to Kyanjuma.

There are so many things you need to keep in mind before going to EBC Trek.

How high is Everest Base Camp Trek?

The most famous part of this trek is a hike to Kala Patthar which is the highest point at 5,545m. If you’re going on Everest View Trek or EBC Short trek, it will take you up to 3,870 (Tengboche Monastery).

How far is Everest Base Camp Trek?

When is the best time to trek Everest Base Camp Trek?

You can try this trek all year but Months such as February, March, April, May, September, October, November, and December are counted as good months to choose this trek.

How hard is the trek to Everest Base Camp?

The trek level is the difficulty. If you’ve prior trek experience, then you are good to go, or else you can try other treks such as Poon Hill, Ghandruk Trek, etc for similar experiences.

What does the Everest Base Camp Trek Cost?

This trek is a bit expensive than other treks. It is popular and expensive. It can cost you from $500 to $4000 if you choose to go with an agency. If you hire a local guide or go solo, you can easily finish this trek in less than $400. Please be safe, hire a good guide then only attempt this trek. Research well before going to EBC.

Let’s enjoy one of the most popular trekking destinations on the planet.

5 reasons why Travel in Nepal should be your next target? 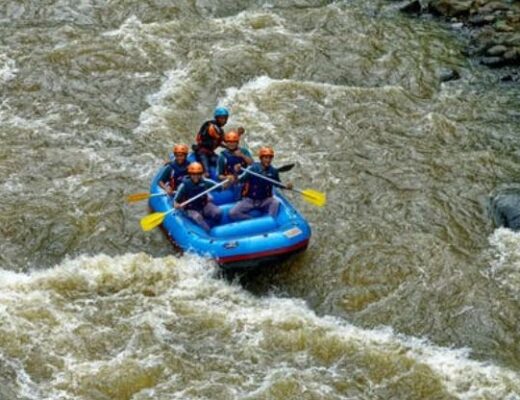